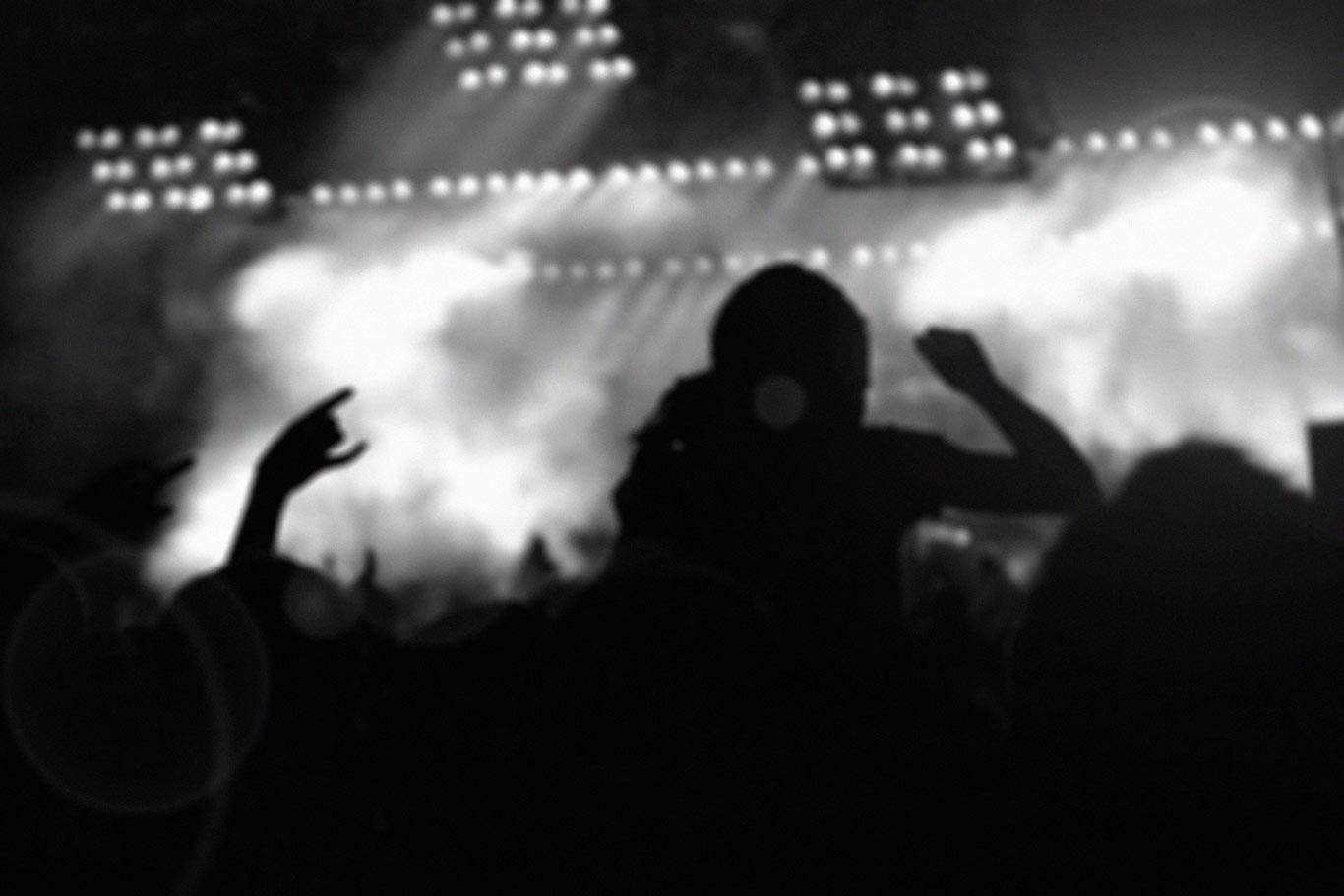 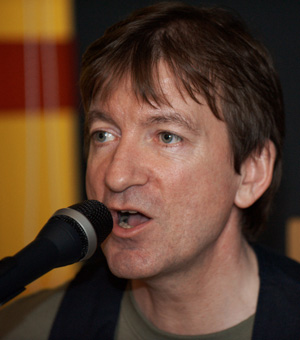 James Clarke started learning guitar at the age of 13 and hasn’t stopped since.  He joined his first band, City Lights, whilst still at school in the late 70’s.  City Lights were the wildest and most anarchic punk band in the North West of England.  Of course they weren’t.  They wore orange polyester  suits and played cover versions in working mens’ clubs.  It takes REAL punks to do that.   In the early 80s James joined (OK let’s be clear, WAS HEADHUNTED BY) The Cherry Boys, who at the time were one of Liverpool’s top bands.   The Cherries’ are best remembered for their hit single Kardomah Café.  A hit in Spain that is, where it went top 10.  Chart success in the UK sadly eluded them,  mainly as a result of signing The Worst Record Deal in History – with a company called Satril.  That name again: SATRIL.

The Cherry Boys split up in 1984, following which James and the Cherries’ drummer Howie Minns, teamed up and formed Exhibit B.  This was a very exciting time for James, as he was now the main songwriter (assisted by Howie) and instrumentalist.  The world was his songwriting oyster.  Operating as a self-contained 2-piece (more Godley and Creme than Wham.  Well that was the idea anyway)  Exhibit B produced 2 singles (including Who Killed the Smile, a tribute to the Brian Wilson of the Beach Boys) and the classic album Playing Dead.  The album attracted glowing reviews, and years later, in 2007, was remastered and released in expanded form, with bonus tracks, by Japanese label Favourite.

In the 90s, following the demise of Exhibit B, James grew a beard, shaved it off, got fat, got thin again, went on lots of nice holidays and bought a flat in East London, where he still lives.

But with a head full of tunes and a flat like Hessy’s shop window, something had to give, and James started writing and demoing again, and from these demos sprang James Clarke Five, which James launched in 2003 with the barnstorming single Get Out of Bed.  Trendy London listings magazine Time Out described Get Out of Bed as sounding like “something off the last Wah! album”. We hope this was meant to be a compliment. To Pete Wylie.

Two albums followed, Good Enough for Me and Henry McGee (2004), and Fly My Pretties Fly, (2008) then a further single Loves Gonna be My Name (2011), a Beach Boys-style tribute to the Norfolk/Suffolk coast, which was a massive hit in East Anglia (Alan Partridge is said to be a huge fan).

In 2013, the album Sexbombe Über Alles was released, featuring a selection of the best tracks from the first two albums, plus three new songs.

2014 saw the release of the single Mairead, a World War One-inspired ballad on which James was backed by the Haydock Brass Band.  James performed and discussed the song all over the country as part of the touring BBC World War One at Home event.

In 2018, a new album – ParlourSounds was released digitally, and the following year it was released on CD by Canadian label The Beautiful Music.  The album has received numerous rave reviews, and was named Best Album of 2019 by Country Mile Records.  This year also saw two JC5 songs featured in the British romcom Soundtrack to Sixteen.

A new album Underneath The Lemon Tree will be released across all digital platforms on 5 March 2021, preceded by a single Not Near Enough on 19 February.

For the latest (and lots of archive material) see the YouTube channel, James Clarke Music